Anthony Fantano of The Needle Drop came by and did a quick walk through the store with me (Rick) and here it is. Record Store Day is coming up quick (2 Saturdays! April 19). Get stoked! 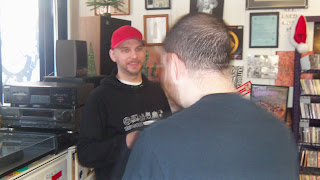 (Rick (left) and Josh (right) ready to get things started) 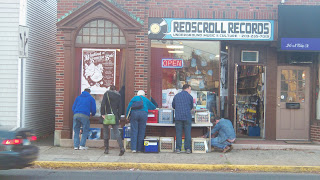 We put all the dollar records out front; we’ll do the same for the rest of the weekend too. 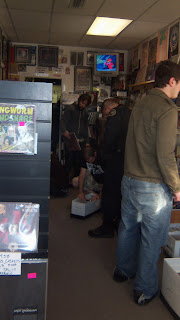 6AM brought a rush of people we had not yet seen on Black Friday before.  The Record Store Day releases went rather quickly and we have very little of that left. 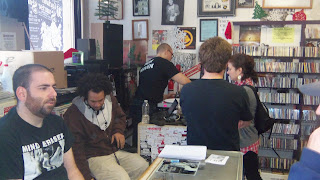 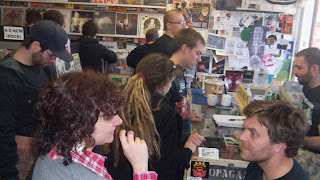 After we dealt with the initial flood of people we got DJs going at about 11AM with our friend Tim Daltrey (bottom right of above picture; below looking at a record): 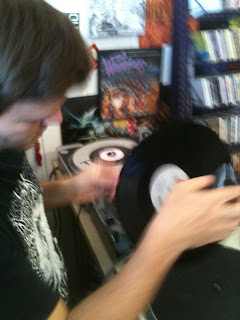 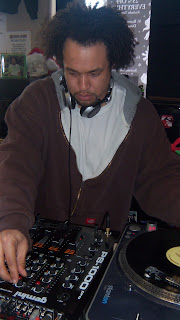 DJ Lokash picked it up from there for a couple. 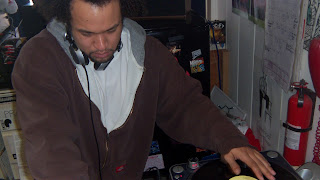 Always an enjoyable and varied set.  Love it.
Shopping continued to happen: 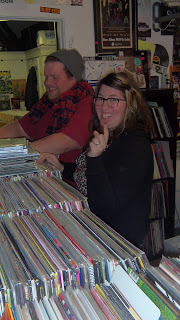 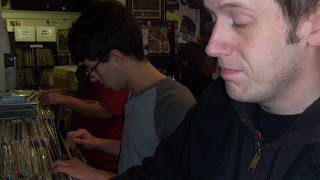 Our friend Anthony of The Needle Drop stopped by and played some records: 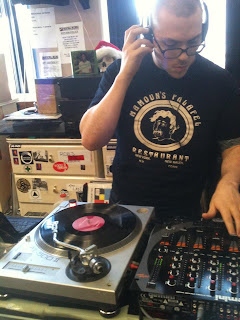 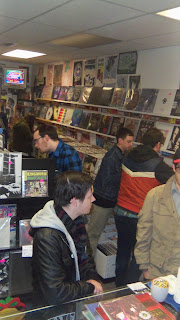 Charles/Fresh Cut laid down a hip-hop set of some classic jams: 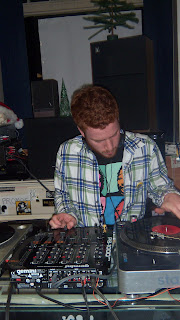 And then Maroje finished the night in style with deep bass dubbed out sounds: 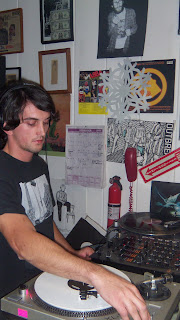 And the night finished off with a fun bunch of rowdiness in a not so far off not so secret spot: 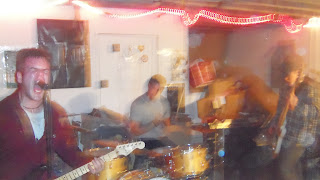 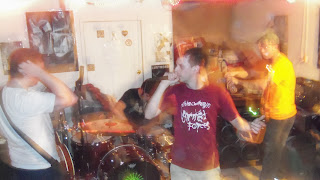 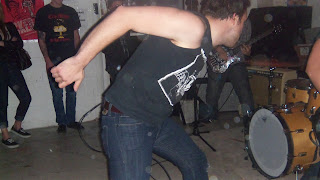 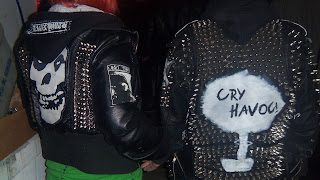 Sold a few more things and called it a night. 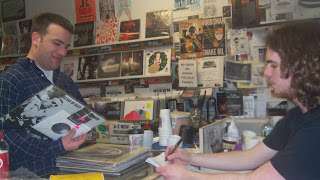 Fun times. And the sale does indeed continue for another 2 days! Our racks are still fairly full! 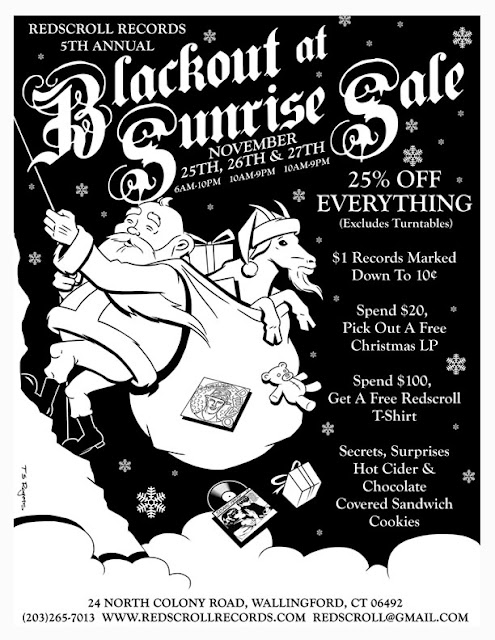 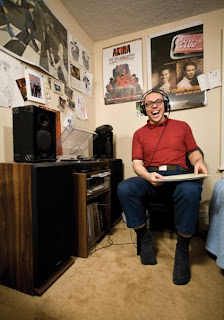 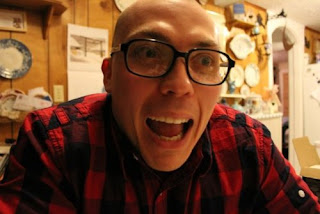